A good friend of mine posted an interesting thread on Facebook last week. The central tenet regarded his interpretation of interpretations, namely of MWI (Many World Interpretation) and CI (Copenhagen Interpretation). The night before we discussed the concept of “Quantum Suicide and Quantum Immortality”, a thought experiment developed (further) by Max Tegmark, and all of which now flooded into his noggin at 6am as he watched CBeebies with his sleepless daughter of one year.

To understand this, he first needed to describe in detail the definitions of MWI and CI to his little girl, whose attention was currently being taken by Tinky Winky, Dipsy, La-La and Po.

Copenhagen Interpretation:
The Copenhagen Interpretation holds that quantum mechanics does not yield a description of an objective reality, but deals only with probabilities of observing, or measuring, various aspects of energy quanta, entities that fit neither the classical idea of particles nor the classical idea of waves. The act of measurement causes the set of probabilities to immediately and randomly assume only one of the possible values, in essence once something is observed, it turns from a wave into a particle, definitive duality, is or is not.

And if that wasn’t clear enough for her, he went on to give her some examples relating to CI and Quantum Suicide / Quantum Immortality:

Schrödinger’s Cat:
A cat, a flask of poison, and a radioactive source are placed in a sealed box. If an internal monitor detects radioactivity (i.e. a single atom decaying), the flask is shattered, releasing the poison that kills the cat. The Copenhagen Interpretation of quantum mechanics implies that after a while, the cat is simultaneously alive and dead. Yet, when one looks in the box, one sees the cat either alive or dead, not both alive and dead. This poses the question of when exactly quantum superposition ends and reality collapses into one possibility or the other. 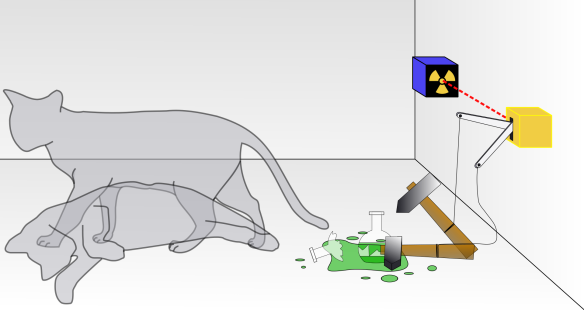 The Deer Hunter:
A US Soldier and a 2-barrelled gun with a single bullet loaded into one of the chambers are placed in a sealed Vietnamese gambling den. Christopher Walken spins the barrel every minute and pulls the trigger. The gun either deploys the bullet killing him, or it makes an audible “click” and the erstwhile Mr Walken lives on to take part in a Fat Boy Slim video (ironically titled “Weapon of Choice”).

The probability of surviving the first iteration of the experiment is 50%, under both interpretations, as given by the squared norm of the wave function. At the start of the second iteration, if the CI is true, the wave function has already collapsed, so if the cat or the deer (hunter) is already dead, and there’s a 0% chance of survival. However, if the MWI is true, a superposition of the cat/deer (hunter) necessarily exists, regardless of how many iterations or how improbable the outcome. Barring life after death, it is not possible for the cat/deer (hunter) to experience having been killed, thus the only possible experience is one of having survived every iteration.

Max Tegmark on Quantum Suicide:
Tegmark acknowledged the argument that “everyone will be immortal” should follow if a survivor outcome is possible for all life-threatening events. The flaw in that argument, he suggests, is that dying is rarely a binary event; it is a progressive process. The Quantum Suicide thought experiment attempts to isolate all possible outcomes for the duration of the thought experiment. That isolation delays de-coherence in such a way that the subjective experience of the superposition is illustrated. It is only within the confines of such an abstract quantum scenario that an observer finds they defy all odds. Another possibility is that although an observer does not die, they nevertheless continue to suffer the effects of aging.

Hugh Everett on Many-World Interpretation:
Everett firmly believed that MWI guaranteed him immortality: His consciousness, he argued, is bound at each branching to follow whatever path does not lead to death. Not unlike the general plot of Source Code with Jake Gyllenhall, Captain Stevens repeatedly experiences “death” as he investigates the bombing of a train. Ultimately, he survives in the universe where the train was not bombed and no one died. Lucky sod… 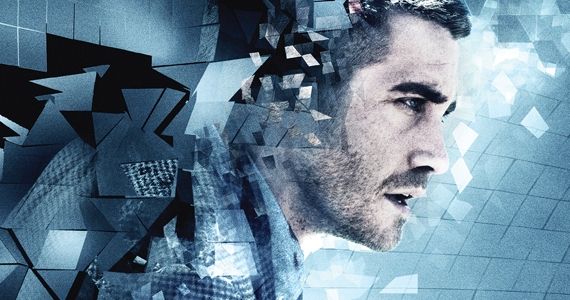 So it was at this point that I chipped in. My interpretation of interpretations was much easier for me to understand. I told my friend that I had a notion for a simple brain, in that I believed there is only one arrow of time, ergo one reality. As one approached a point in space-time where a decision and consequence (causality) needed to be taken, many waves (options) presented themselves for us to choose from. Once we had chosen wisely (or otherwise), all other ‘opportunity waves’ collapsed and became thus, became particles, became history, became reality, became of the arrow of time.

In my opinion, I didn’t think that there were infinitesimal invisible universes out there each with their own arrows of time based on the different waves or paths we could have chosen. It’s easier for me to follow my arrow of time, and let the rest of the other me’s worry about quantum mechanics…