Consider the lily, I mean sycamore tree. Today I sat parked under a sycamore tree reading A New Earth by Eckhart Tolle, a title which was passed on to me by a dear and like-minded friend as something he thought I’d be interested in. He wasn’t wrong. 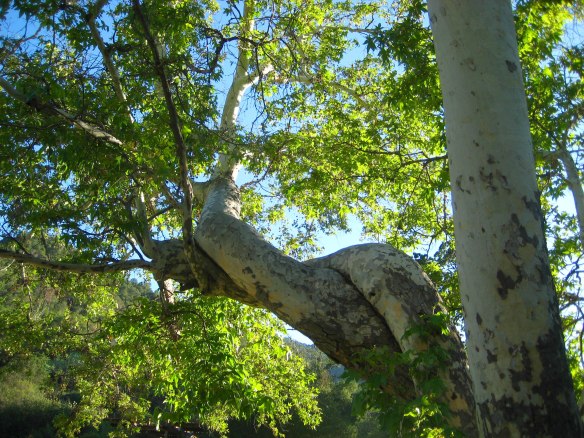 Within the space of one and a half earth hours, I had read sixty-eight pages, quite a feat for someone with a tortoise-like pace when it comes to reading. It is both a riveting and “revelationary” read, scribing that we appear to be living in the dawn of an age which is starting to redefine consciousness, awareness and inner essence.

Noetics, mysticism and new age thinking intrigues me to the point that I want to find out a lot more on how the Cosmos truly works, but sometimes I struggle with scientific descriptors and technical theories as to how the Universe works (at the quantum level for example) and how this maps into the collective consciousness or The Source.

Reading on, I came to the chapter about the ego. I’ve never really understood the true meaning of ego until now, my take was that ego was purely personality, and in particular arrogance (e.g. “M’s” ego is huge, what a tool). Not so. The internet defines the ego thusly:

My present understanding of the ego was bullet point one above, bullet point two got me thinking and bullet point three set me off on a quest for more information and with that came Freud’s concept of the human psyche: 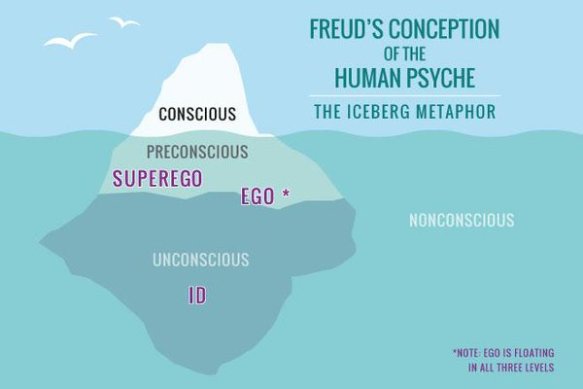 A picture normally sets things straight for me and although the above image helped, I still wasn’t clear about what the Id , Ego and the Super-Ego are. In terms of simplistic definitions, I found the following really helped:

With that in mind and reading on in Tolle’s book, the present human condition becomes more understandable, leaving one with the observation that only with complete balance (at an individual and communal level) can humanity survive.

We have been through the evolutionary chain of events (if one is to believe that) when only the Id existed, our monkey-to-man era; the missing link being that light bulb moment where consciousness / ego was “created” for the first time.

A society devoid of Super-Ego would I guess only would result in destruction, a society without a moral compass would I’m sure only lead to the end of civilisation as we know it, and it sure fells like we are on that path just now.

As I sat there looking out of the car window, “helicopter” pods and sycamore leaves heralding the start of Autumn by periodically hitting the roof and windscreen and at that point I meditated and became the tree. I was a self-replicating organic construct who had grown in this field for perhaps over two-hundred years, without Ego, without Super-Ego, just there, just being. Although this tree was a living thing, made up of exactly the same building blocks as man, we are different. I am conscious and it is not. We both posses an Id of sorts (impulses, instincts and a primal need to survive) but I have an Ego and Super-ego, it does not.

Freud’s work falls short for me. Whilst it describes the very nature of how the “mind” works very well, consciousness he states is purely an epiphenomenon of the brain and nothing more, and collective consciousness does not and cannot exist (the materialistic reductionist paradigm right there in a nutshell – mind and body exists but not the soul).

Deep meditation and dabbling’s with esoteric means has opened my door of perception to an alternative and deeper reality, a reality beyond physics and metaphysics.

For me, people confuse the definition of spirituality. As Tolle defines, spirituality is a connection with inner essence, with the collective consciousness; it is not a belief system, a belief that one is spiritual by perhaps believing in God without adherence to an organised religion with associated doctrines and dogmas.

After spending one of the most curious one-and-a-half hours of my life with a book, a tree and an inquisitive mind (there’s another problem right there – if trees didn’t exist then neither would I (oxygen starvation), yet because they do exist then I do too, and in turn man turns trees into books so that we can share information about the mind!), I close the book as my son approaches from his latest casting workshop, and as I do so, I “see” for the first time that the front cover of A New Earth has on it, a wire-frame image of a sycamore tree leaf similar to those I could see on the windscreen…